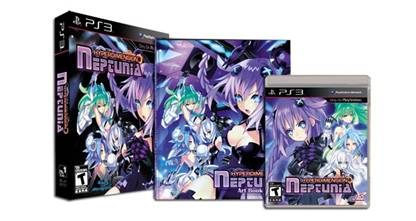 In true NIS America fashion, Hyperdimension Neptunia is going to be released with a Premium Edition. Hyperdimenison Neptunia will be released in a little more than a month and its time for NIS to vamp up the hyping even more than they have in the past. They have released information regarding their Premium Edition to tide fans over for a short time as they count down the days until they will be able to enter the world of Gameindustri.

The Premium Edition will come with a collectible box of course, as well as an illustrated artbook that will have character art and concept art as well as the original Japanese cover art that was unfortunately toned down for American release. No news on whether or not this edition will cost any more than your standard PS3 game but most likely it will not. Also fans will be glad to know that most of the DLC that has been released in Japan will also be released on the US PSN for download as well.

Atari to Release “The UnderGarden”