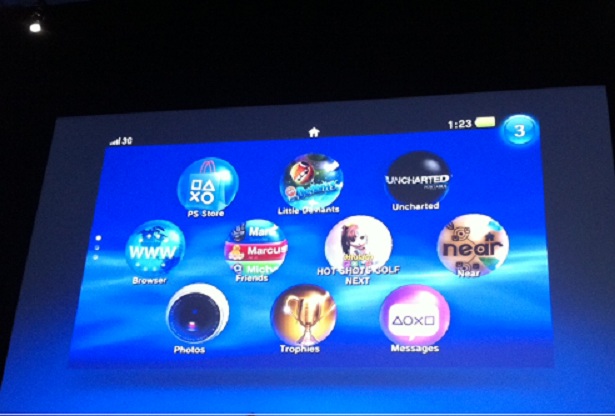 Rather than using the old XMB that users of the PSP have grown used to, the new NGP will feature what Sony is calling the Live Area. This new user interface will provide users with an easy to access menu of a variety of different features, such as Trophy viewing and launching games from as well.

A few noticeable actions are able to be seen on the Live Area as well such as the fact that there now will be a friends list and the ability to message your friends easily with just a few simple taps of the buttons. Also seen is something called the Near feature. There is also your standard browser and photo option as well which users have come to expect but it is interesting to see that Sony has went an entirely new route with their interface.