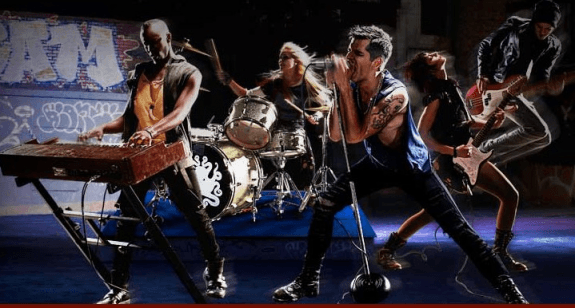 The main thing that separates the Guitar Hero franchise from Harmonix’s Rock Band is of course the constantly updated Rock Band Network which has kept songs flowing out for fans to download and has made the catalog the largest and most varied of any music game series to date. With that said, over on the Rock Band Forums, Aaron Trites, the Rock Band community manager posted a statement that Harmonix will no longer be supporting the network for the Nintendo Wii.

Here is the official statement:

Next Tuesday, 1/18/2010, will also be the last scheduled batch of Rock Band Network songs brought over to the Wii. With the smaller online install base, limited demand for releases so far and the significant amount of work it takes for our producers and audio team to convert and process these additional tracks we’re no longer able to continue submitting RBN content to the Wii. Regular Wii DLC, and RBN releases for the 360 and PS3 will continue uninterrupted.

Trites in indeed correct as I personally do not have a problem with them pulling the Network from the Wii, and this is coming from someone who enjoys the system fully. The Wii just is not made for true online services at the moment aside from Netflix and the well crafted Nintendo made channels, and with no hard drive or true storage system aside from SD cards, it is much easier to keep a full catalog of downloads on systems like the 360 & PS3. Hopefully next generation’s Nintendo console will be more storage and download friendly when it comes to things like the Rock Band Network, but as it stands this decision seems to be the right choice from a business and technical standpoint.