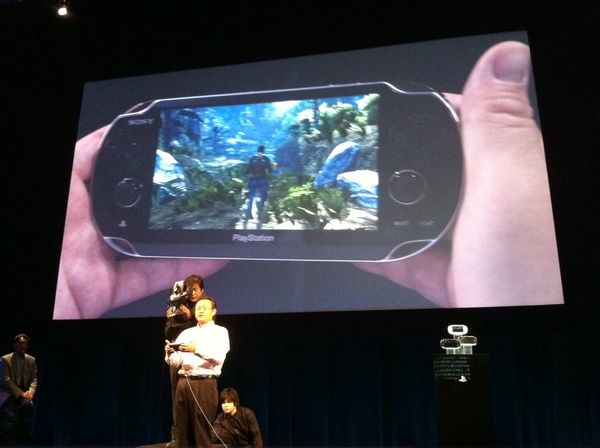 Sony didn’t just show off the NGP’s features today they also gave us a quick peek at some of the games that the gaming community will be seeing in the future for the NGP. A slideshow revealed some games that are currently developing games for the NGP. Of course these games are all very early in development and have not even received official names yet.

Shuhei Yohida demonstrated the PS3 classic, Uncharted, on the NGP which showed off just what the little device is actually capable of. We also see that players will be able to touch the screen to jump, swing the NGP back and forth to swing in the game. This means that most NGP games will feature quite a lot of in-game actions that require touching the screen or moving the device around. Besides Uncharted however we also see the following games being developed: Gravity Daze, Reality Fighters, Smart As, Broken and Little Deviants. Also other large franchises developing for the NGP are: Hot Shots Golf, LittleBigPlanet, WipEout, Killzone, and Resistance.