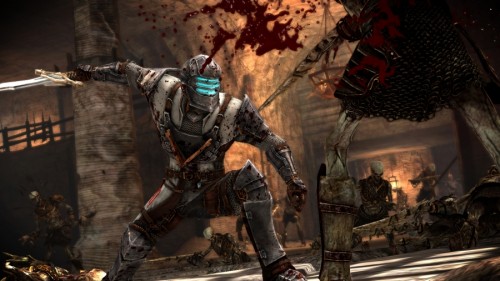 Looks like all of that limb severing in the different studios at EA have made it so parts of Dead Space 2 have landed in another game. It just so happens that EA has announced that anyone who buys a copy of Dead Space 2, within at least a few weeks of release next Tuesday, will be getting a code that unlocks a special suit of heavy armor in Dragon Age 2.

Called the Ser Isaac of Clarke armor it has a number of rune slots, adds bonus to your armor stat and critical damage, and also requires a relatively high dexterity skill to wear. Also considering the armor itself is heavy type you must be a class that can wear that armor too of course. Besides all the technical stuff, a video was also released to show off the armor in action and I must say that space age equipment actually suits Dragon Age 2 quite well.