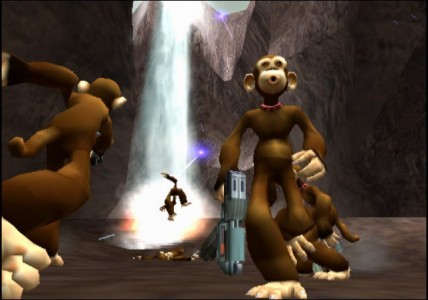 If you are a fan of TimeSplitters you should probably read this post.

If you are anticipating the release of Crysis 2 then your anticipation is probably going to increase even more with this latest bit of news from Crytek. Crytek CEO Cevat Yerli has responded to a query about the possibility of a new entry in the TimeSplitters franchise by saying, “Yeah, we have been discussing it, but nothing has been confirmed yet, so let’s see after Crysis 2.” The developers of the TimeSplitters series, Free Radical, were purchased by Crytek back in 2009, and now have been busy with developing Crysis 2’s multiplayer. Maybe they will start again on another TimeSplitters sequel once they are finished tweaking the multiplayer component of Crysis 2.

While there isn’t really any confirmation that they will start developing a fourth in the TimeSplitter’s series once free radical has been freed up to do other things within Crytek; it is still a mighty fine incentive to buy Crysis 2. Don’t get me wrong, Crysis 2 is looking like a mighty fine game; however, even the slightest possibility of a TimeSplitters sequel will get me to buy that game ten times faster.