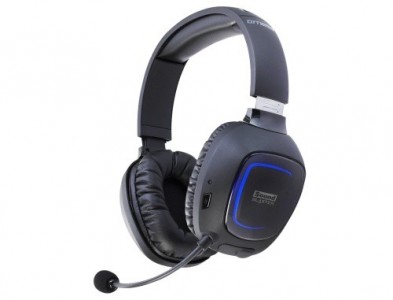 At CES, Creative announced that they will be releasing a wireless pair of headphones for their Surround Blaster 3D Tactic series.  This headset will be compatible with Xbox 360, PS3, PC and Mac hardware.  Hopefully they are a good product, because I really want a pair.  Take a look at all  those beautiful features:

The Creative Sound Blaster Tactic3D Omega wireless gaming headset will be available in February 2011 for $199.99.   Whew…