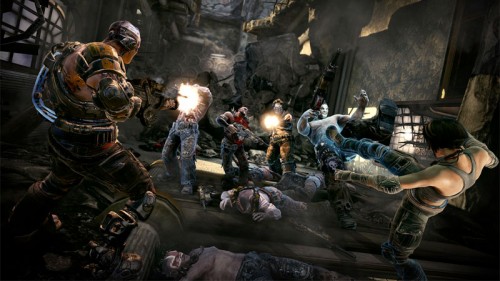 Eager to learn just what you will be using to get all of those skillshots and rack up the points in Epic and EA’s upcoming Bulletstorm? Then you are in luck because in the newest dev diary for Bulletstorm we are given a nice detailed explanation for many of the weapons we will be seeing. Cliff Bleszinski, Tanya Jessen and John Liberto give us the rundown of a variety of weapons plus talk a bit about multiplayer.

Apparently when the demo for Bulletstorm drops on January 25th we’ll be able to play the gameplay mode called Echo which will give you just a taste of the epic killing that you will experience when the game drops on February 22nd. I think out of all the guns they talk about my favorite is the Flail Gun, even though the one-liner attached to said gun is a bit of an epic flail.