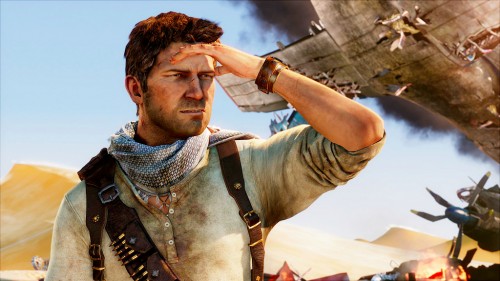 We’ve heard before that a number of game announcements will be made at the VGA this weekend, but that doesn’t mean companies can’t spill the beans before hand. Entertainment Weekly, which one wouldn’t expect to find such a large game reveal, has released information regarding Uncharted 3: Drake’s Deception. The third iteration of the series will be released at some point in 2011 though that is as vague as you can get.

Drake’s Deception will place Drake and his partner Sully on the Arabian Peninsula and the Rub’ al Khali Desert. Drake appears to be searching for a lost city and also will find out mysteries about his past and his father Francis Drake. There has been a teaser released for the game at the same time, but then again it only teases the fact that we will see more about the game Saturday at the Video Game Awards on Spike. Talk about a vague way to release information on such a large game.