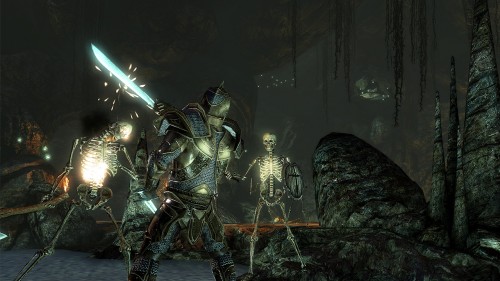 The long delayed RPG Two Worlds 2 will finally be released to store shelves in both the United States and the UK after many months of waiting. Although the game has been released in Europe for a few months now many people have been sitting in the dark still waiting to see how different Two Worlds II is from its low rated prequel. That wait will soon be over because SouthPeak announced that the game will be released on January 25th for both the US and UK.

Before I mentioned that the game has seen a release in Europe for a few months and has done quite well for itself. Being released on the Xbox 360 and PC the game has sold over a million copies which is very good considering the history behind Two Worlds releases. It also received general praise but it will interesting to see how well the game will sell next year when it is released for the US and UK.