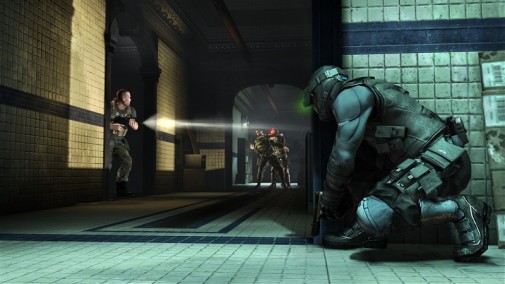 Good things come to those who wait.  Although Splinter Cell Conviction never shot/stabbed/punched its way onto Playstation 3,  three of the older Splinter Cell titles, namely the original Splinter Cell, Splinter Cell: Pandora Tomorrow and Splinter Cell: Chaos Theory will be getting a new release on the Playstation 3.  According to Ubisoft, the games will have high definition graphics.  Other details such as multi-player and trophy support have not been confirmed.  Also unannounced is how they will make their debut.  Will it be on PSN or disc based?   Finally, the only other thing left to wait for is when these remakes will ever land on Xbox 360 (if ever.)