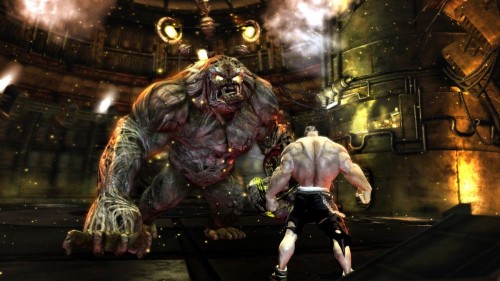 A little splatter here a little splatter there, bloody snowflakes in the air. Just a bit of holiday cheer to go along with the blood and gore that goes along with any mode in Splatterhouse. If you are enjoying the Survival Arena mode then you will be happy to know that Namco Bandai hasn’t forgotten about Splatterhouse because they have just released the Lost Islands DLC which will bring with it the new Lost Island Survival Arena.

The Survival Arena will bit Rick against countless enemies as they increase both in number and strength as the waves go on and on. Can you make it to the 20th wave? If you think so then you better go pick it up now on the Xbox Live Marketplace for 160 MSP or the PSN for $2 as it is available now.