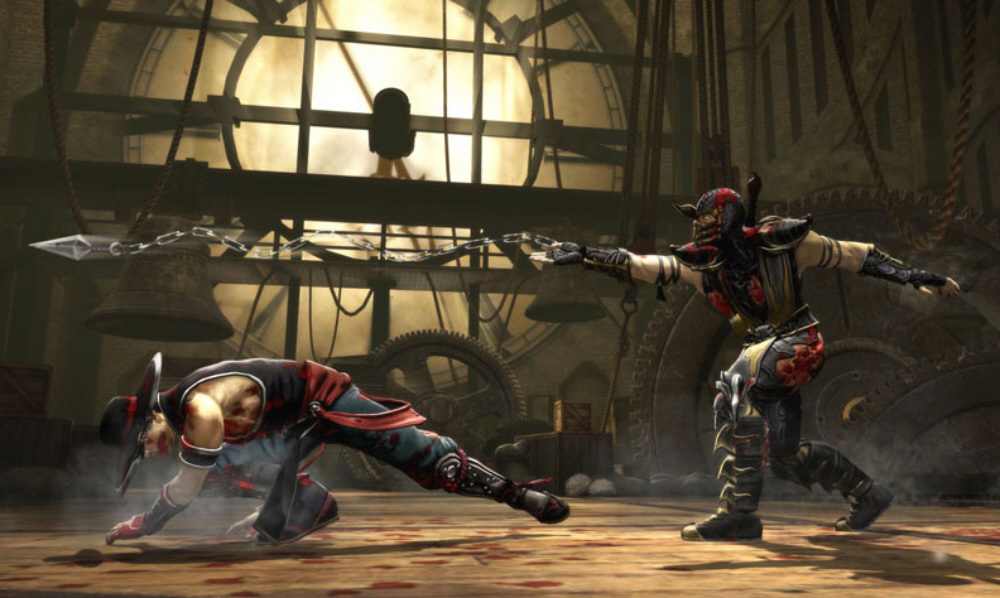 This is one for just the Playstation fanboys – platform local, Kratos the undead Spartan God of war, is dropping in to the arena, and Scorpion and Sub-Zero better look out! Thanks to an early leak of the January edition of the Official Playstation Magazine we can tell you that (not surprisingly), Kratos will be an exclusive and un-lockable playable character.

Further news though, that he will not feature in the story mode or have his own back story, which further lends evidence to the fact that yes, there will be a story in the game (even if it is adhock to the arcade mode). given recent video media, we were expecting some sort of story for each character at least explaining a reboot of their existing backgrounds, but Kratos will appear in the multiplayer and non-story modes only, presumably with both chained weapons intact. To bring further insult to the XBOX community, he will also have his own arena based on the legendary God of War series.

Now, platform tie-ins are nothing new, in fact they have become much anticipated and highly coveted over the years, in particular Soul Calibre has led the way with the likes of Yoda and Darth Vader making an appearance in SCIV. Unlike said game, that eventually allowed both consoles to own both characters (at a price) it is a fair bet, that Kratos will be kept to the PS3 crowd, in much the same way Dead or Alive 4 had Halo “Master Chief” Spartans (females in fact, complete with Halo levels and music). 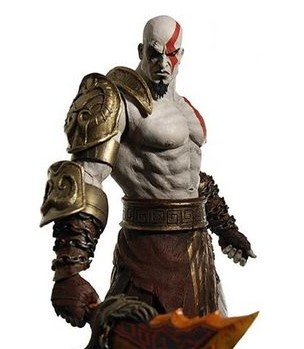 David Jaffe who directed the first God of War had a lot to say on Twitter, including a bunch of swears and a comment on if Kratos was actually based on a Mortal Kombat character originally:

“LOVE that Kratos is in the new MK. So bummed he’s not in the story portion. Heard about it from Ed at E3 this year and had to keep super mum on it but man, f*****g LOVE it. He totally fits in that world. I s**t you not- on some level I feel like all the characters I work on are alive and that I have a relationship with them and I can tell you, if I know Kratos- and I do!- he’s f*****g LOVING his time in the MK Universe. I bet he makes a s**t ton of friends there. He should pull Zeus in and f*****g leave his ass there!”

When someone asked if the design of Kratos was changed because of similarities to a Mortal Kombat character, David Jaffe responded with the following statement:

“I do remember we changed him but it was NOT because of an MK character. It was someone on the team pointing out the Barbarian from Diablo 2- which I had never played- and we were like: HOLY F**K!!!! I saw the similarities with Kratos and Qu’an Chi (is it) but never felt it was close enough to worry about. The Barbarian tho was too close for comfort so we changed it.”

On a possible Fatality for Kratos:

On a tag team partner that will fit well with Kratos:

Hell, I think Kratos should reach out and pull the f*****g MK classic Narrator into the game and gut the f****r! Oh, or rip the head off

As for a Microsoft Xbox 360 exclusive – This punter is for some reason thinking, Gears of War – You heard it here first