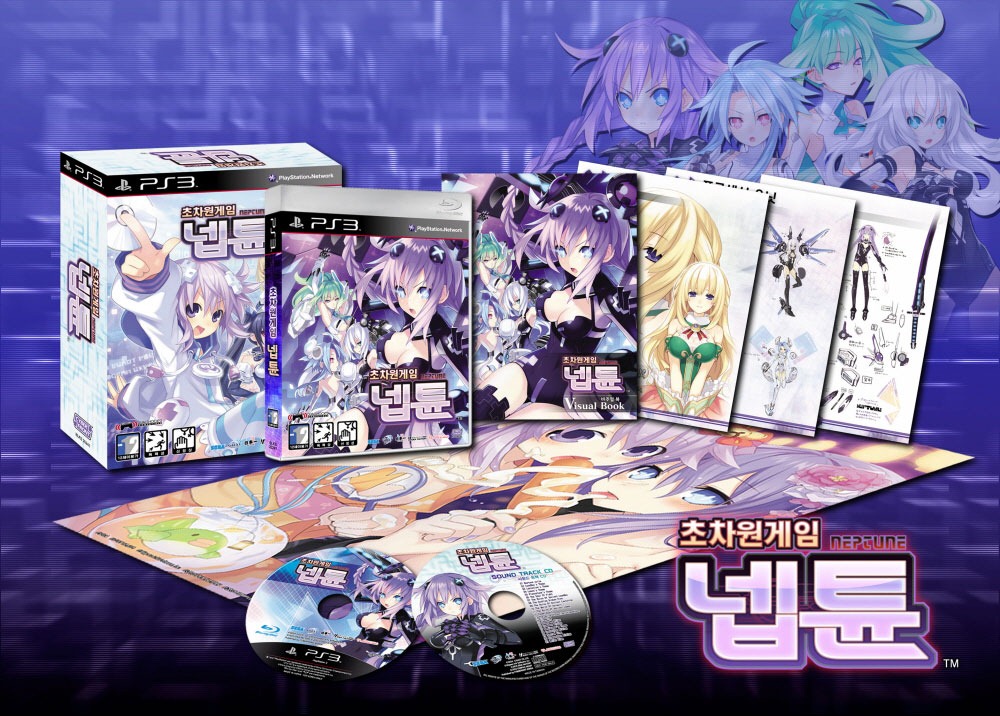 No don’t let that picture up there fool you, that is the bundle you would get if you happened to live in Korea. Korean purchasers will be able to get Hyperdimension Neptunia with a beach towel, sound track, and an art book even. Unfortunately since the majority of us don’t live in Korea that means that the above bundle isn’t worth much to us, but it is still interesting to note the quantity of things that happened to be bundled in that package.

For those of us that live in the United States though we are not forgotten. NIS America also released the first English trailer for Hyperdimension Neptunia which features some of the game’s different features as well as letting us hear the new English voicework that the characters will be sporting. Also revealed at the end of said trailer is the premium set that anyone who purchases the game will receive. They will be getting a special 36 page art book along with special packaging. Not sure if NIS America will be offering any incentives to purchase the game from their own online store however, but we will find out more as the release date of February 2011 grows closer.