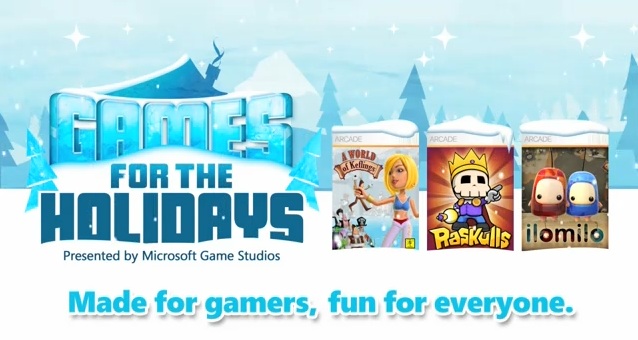 “Games for the Holidays” is microsoft’s upcoming festive game promotion. Each week starting on December 22nd, a new game will come out from MGS. These games vary in style and leave plenty of room for something for anyone. The unique feature in these games, is that each of the games feature the characters from the other two games, so you can play as any of the characters within any of the games.

Here are the release dates for the three games:

Below is a new video showing gameplay from A World of Keflings, Raskulls and ilomilo.