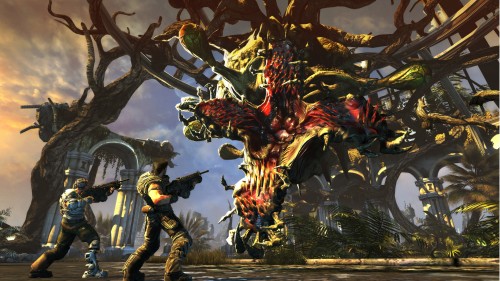 Feel like getting your chainsaw on early? Because EA announced today that there will be a special edition of the 360 version of Bulletstorm released alongside the standard edition. The good news is that the price for the so called Epic Edition will be the same price as the normal edition at $60. The even better news is that this Epic Edition will include an early access code to the Gears of War 3 beta.

On top of receiving the early access code you will also be getting a set of new armor and boots, something they are calling visual upgrades for the glowing leash, a new gun called the Peace Maker Carbine and also a cool 25,000 experience points free of charge. While there isn’t any news on when the beta for Gears of War 3 will start, Bulletstorm will be released on February 22nd of next year.