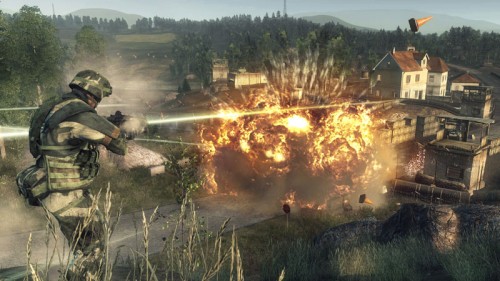 No more guessing anymore because Battlefield: Bad Company 2 Vietnam has finally gotten a solid release date. No more vague Winter 2010 release, now we know that the release date will be on December 21st. PC users will luckily be able to eaccess this content a bit earlier on December 18th by downloading the DLC through the EA store.

But that isn’t all because DICE also announced that fans of the game will be getting a nice little present tomorrow on December 1st in the form of the VIP Map Pack 7. The map pack will be free to those with the VIP Pass and free on PC in general. The map pack will add four new maps to the game, though they are somewhat familiar. Harvest Day and Oasis are from Bad Company 1, and Cold War and Heavy Metal are both levels from Bad Company 2’s single player. There is even a trailer for these maps to get you nice and excited for the download tomorrow.