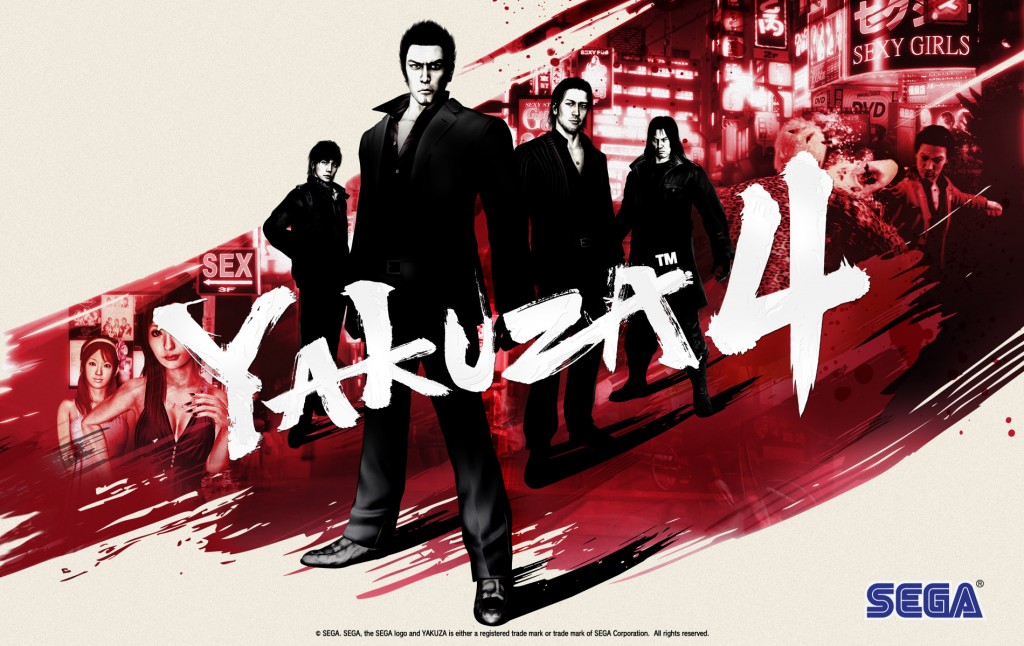 Nothing shows how tough a guy is like walking in the rain with no umbrella while everyone else is hiding under those little bits of plastic and cloth to not get wet. But that isn’t just what signifies the power of a Yakuza man, what does though? Well you will have to watch and find out!

One thing we know about Yakuza 4 is that it will contain the same Japanese voice work that the Yakuza series is known for keeping, that means that fans of the series won’t have to worry about Sega providing any English dubbing ruining what fans of the series love. But then again I wouldn’t mind having the same voiceover guy from the trailer working on Yakuza 4 for voiceover work.

Also released from Sega is the news that there will be only a small amount of cuts to the game when it reaches Western shores, though what exactly has been cut hasn’t been listed. From the trailer below though it looks like they kept most of these things in, such as the hostess hangouts, sake hangouts, and even minigames with girls.