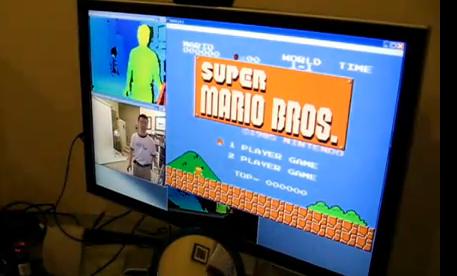 For those who rushed in thinking an announcement was made such as Nintendo giving up rights to Mario to Microsoft for the Kinect, that is not the case. Instead, a new video has gone viral with a user who hacked his Kinect to play Super Mario Bros. completely utilizing the camera control on a PC. Now the control doesn’t appear to be the sharpest, but for such an early hack I have to applaud the genius of the idea as well as the execution.

In my opinion this shows how well the Kinect can actually work and gets me more excited for what we may see in the future as the Kinect has a lot of potential. Can you imagine if Ocarina of Time, Metroid, or evn a title such as Final Fantasy VII were recreated this way? The possibilities could be endless, even if it is still quite humorous to watch the jumping and flailing the user has to do to activate the controls. Check out the video below for yourself and be amazed for what could be the future of gaming.