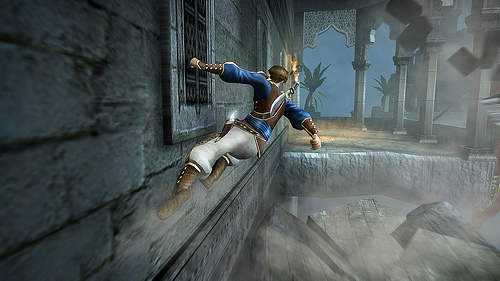 Eager to play your favorite Prince of Persia games from the past? But don’t feel like dusting off that PS2 and putting it in? Well then you are in luck today because Prince of Persia: The Sands of Time is already set to be released on the Playstation Store today for the US. While in Europe everyone will be picking up the Prince of Persia Trilogy on a Blu-Ray disc, US fans will have to settle with purchasing each game of the trilogy separately.

Yep you read that right. The entire Prince of Persia Trilogy will be making its way onto the PSN within the next month starting today. The latter two volumes, Warrior Within and The Two Thrones will be available on the PSN sometime in December. Each episode of the trilogy will have enhanced graphics, 3D Support, Trophies, and only cost $15 each. That only rings up to a price tag of $45 for the whole trilogy, sounds like a good deal to me.