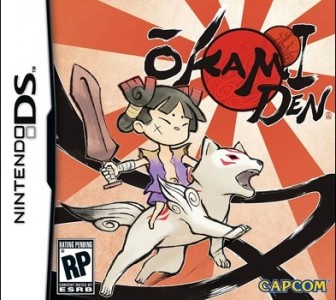 Can’t get enough of Okami for the Wii? Then you are in luck because Okamiden has finally been announced for western release. Though we still have to wait until next year, Capcom has set the release dates as March 15th for the US and March 18th everywhere else. Though the good news doesn’t stop there.

If you happen to pre-order Okamiden in the United States from a GameStop store you wil be recieving a stylus shaped like a paintbrush and a screen cleaner that features Okamiden artwork showing Chibiterasu and Kuni. Unfortunately this means that there won’t be any cute baby wolf-god plushies but at least there is some sort of bonus coming this time around for fans. There have only been 20,000 of these packages made, though so far the only place to get this bonus is from GameStop. You can catch some gameplay from the game itself below: