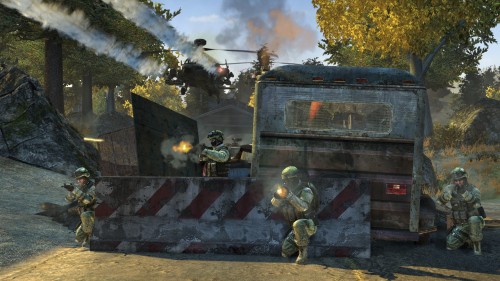 Homefront, a game from THQ, has been confirmed to have a release date of March 8, 2011 in the USA, March 11 in the UK & Europe, and March 10 for Australia.  Homefront tells the story of 15 years of econmic deprivation and natural resource famine in the United States of America. Not only has the USA been hobbled by a broken infrastructure and military, but the Greater Korean Republic has also attacked with an EMP. You are commissioned to take a last stand as a revolutionary soldier.  In a story written by John Milius, Homefront is said to be a gripping emotional tale of what will happen in 2027.  Right after we rebuild from Armageddon.

If you want to watch the latest Homefront video, add it to your Xbox 360 download queue here.