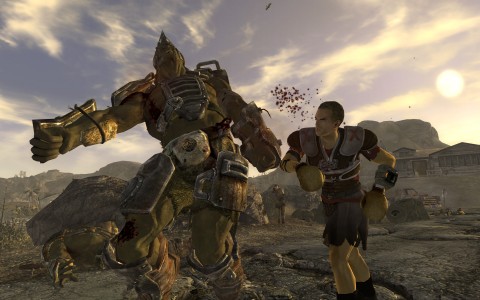 Bethesda recently blogged that the first DLC pack for Fallout: New Vegas, Dead Money, will be released exclusively on the Xbox 360 on December 21, 2010.  Dead Money will tell a story of deal that went south, crashed and then burned.  You will meet three others in a quest to recover a treasure from the Sierra Madre Casino.

“We’re pleased to give fans a chance to expand their experience in Fallout: New Vegas this December with Dead Money,” said Pete Hines, VP of PR and Marketing for Bethesda Softworks. “The release of Dead Money illustrates our commitment to creating entertaining add-on content for players to enjoy in already massive games like Fallout: New Vegas.