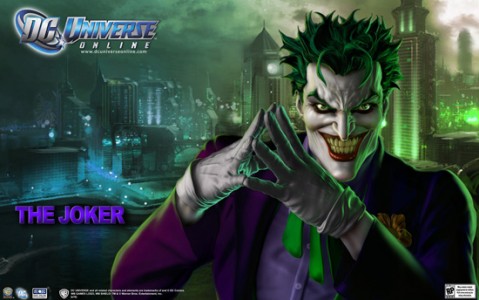 DC Universe Online isn’t the first MMO take on the super hero theme; we’ve had City of Heroes, Champions online and a few others. The difference here is the awesome branding of DC comics and the chance to play beside your favourite characters from the universe. The basic idea is to create your own superhero to insert into the universe, which immediately makes the character creation process all the more important and vital to this game. When you’re trying to imagine an original hero to make (which most people have at some point), you’ll definitely want to make yourself stand out amongst the iconic names. And that’s the whole appeal of DC Universe Online; it could be the game that successfully allows you to access your inner child and develop a famous hero/villain. Given the rise in popularity of comic book adaptions, there couldn’t be a better time for an MMO of this flavour. The question is can it pulled off?

All signs are pointing towards yes with developer SOE Austin showing some promise. Upon release the game will offer six “specs”, which fall into three categories. It’s a pretty standard MMO affair in this regard, two tanking options, two healing options and two crowd controllers to disable targets and what not. However all specs will be able to deal damage because players spend talents on individual powers, which means no purely damaged based class. You’ll also be able to toggle between stances with zero penalties during the action, which is designed to provide flexibility when grouping.  But the importance of class doesn’t become apparent until raiding begins in the later stages of the game.

This may seem like a bad thing, but the positive is that DCUO is designed so you can hit the level cap going solo or in groups, you’re given the choice as your class won’t be limited. The game is structured with open-world areas like Gotham City and Metropolis, which serve as main questing areas up until lvl 18-20. The rest of grinding is based around instances with quests leading up to them (lvl cap is currently 30). The cool thing about these sorts of quests is that in some instances high profile characters such as Batman for example, may be aiding you in finishing the mission.

The combat system plays more like a beat’em’up action game rather than a traditionally PC based MMO. Obviously the PS3 comes into the design here and whether or not it work’s on PC is yet to be seen, but you can disregard cool-downs or mana pools. The decision to go down this path makes more sense in the context of the DC universe, attacks occur in real time in relation to button pressing and the game world is largely interactive with an advanced physics system (no destructive  environments though).

However the environment is open to players for lifting cars, running up buildings, flying and throwing enemies. The freedom the developers are talking about is an exciting aspect and certainly adds another dimension to the gameplay. Another interesting aspect which I mentioned briefly is player stances, no matter what spec or talent tree you’ve chosen you can use an offensive stance, defensive and support stance. They’re fairly self-explanatory, but it does cement the class situation as providing more variety to the player in earlier levels. Specialisation does become very important later in the game though, for example a healing spec will always heal better regardless of stance.

Another cool feature of DCUO grouping system is what the developers are calling “soft grouping”, which allows players to complete raids and instances together without being in a group and contributors receive experience accordingly. This game seems to take the idea of anti-social questing to another level, but it’s a nice thought to cater for the people who would rather play lone wolf style.

Finally I’d like to talk about character creation, which is vital in making or breaking this game. No one wants to look the same and the developers seem to be doing a bang up job. Equipping new items for example gives you the option to show them or not, and another cool feature is reputation. No matter which side you choose to take in DC Universe Online, you will be able to form close relationships with the many iconic characters from the DC world. Apparently you can choose to follow certain characters, and doing so will earn you rep and give you some valuable benefits. For example if you follow Batman he will craft you a custom made Bat suit, which will have its own unique set of attributes. The same applies for every other flagship DC personality in the game, which should prove a hit with hardcore DC comic fans.

Now as far as the story goes to set this up game up, I’ve provided a link to a trailer below instead of going into the lengthy discussion. I’m not a hardcore comic book fan (don’t want to get the details wrong), but I am excited about this game, which proves to you that this isn’t just for the comic dorks. One great aspect I will mention though is the fact that at the start of the game you’re given the option to choose a mentor, Heroes can pick Batman, Superman or Wonder Woman, and villains can pick Joker, Lex Luthor or Circe. I don’t know about you, but the idea of working for the joker sounds bad ass.

DC Universe Online is releasing for the PS3 and PC early 2011 and the Beta has already started, unfortunately the servers will be separated between the platforms and there will be a monthly fee of around $15. Keep watch on Capsule Computers for a more detailed insight into the game once yours truly has their hands on a Beta for both PS3 and PC.

Sound off below if you’re already playing it, I want details people! 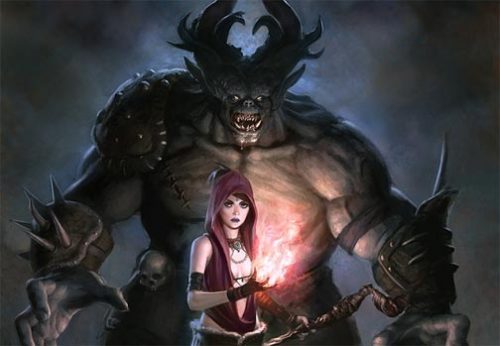