A while back, we told you about the collector’s edition for Beyblade: Metal Fusion – Battle Fortress coming to the Nintendo DS. You may have also noticed that Nintendo Wii owners were kind of left without a special edition….until recently anyway. Hudson has now announced that there will be a limited edition of Beyblade: Metal Fusion for the Wii joining it’s DS counterpart when it releases next week.

Here is a brief look at what this episode contains for any Beyblade fans out there:

In “Merci’s Dangerous Trap,” which aired in the first season of BEYBLADE: Metal Fusion, Doji sends Kyoya to Wolf Canyon to prove his readiness to battle Gingka. Meanwhile, Gingka is lead to believe that he is on a television game show by Doji, who has pitted Gingka against the computer “Merci” to test Gingka’s skills and collect data. Kyoya eventually makes it to the top of Wolf Canyon – and is ready to battle Gingka.

Now as for the game, it is shaping up nicely with a complete game-specific story with the original characters from the show. Also featured for the Nintendo Wii version is four-player “Battle Mode” competition allowing players to face off against three other human or AI controlled enemies, or play co-operatively with allies. If you are a fan of the show or just a fan of anime in general, Beyblade: Metal Fusion – Battle Fortress looks to be perfect to quench your gaming thirst as it spins into stores on November 9th. Until then, check out the official website at www.beybladevideogame.com.

Don’t get lost in the Shadows 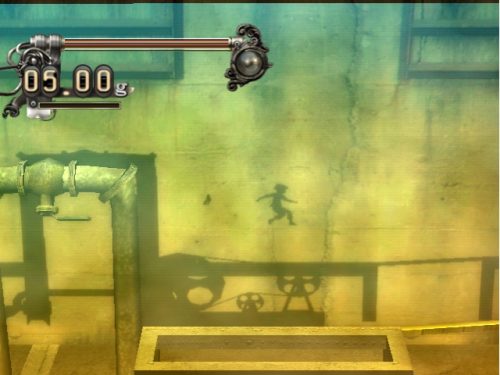