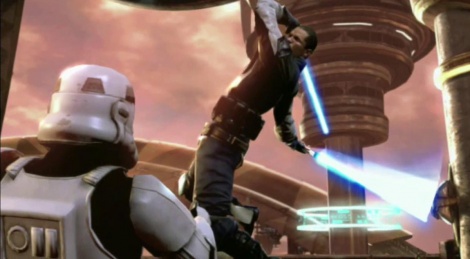 Star Wars fans eager to jump back into the shoes of Starkiller can sate their appetite slightly when the demo releases next week. LucasArts has told us that the demo for The Force Unleashed 2 will be released on October 12th for the Xbox 360 and the PS3.

The demo will place Starkiller on the planet of Kamino and his escape from Darth Vader, tearing apart his enemies with his new dual lightsabers. There was also a bit of the story released, as this Starkiller happens to be a clone of our hero from the first game. The reason for his rebellion is that his memories have started to return and memories of a woman are haunting his mind. Expect to see the force unleashed all over the XLBM and PSN next Tuesday.