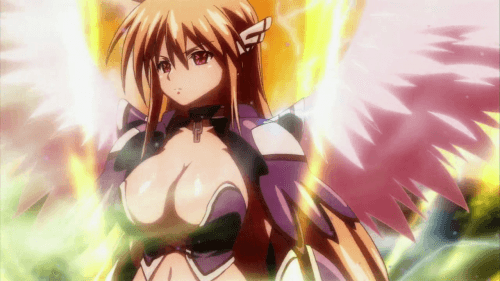 With an opening song that makes fun of the last season’s opening the show quickly sets the tone for the whole series yet again for being full of hilariousness bordering on plain idiotic, and even perverseness mixed in-between. The actual opening for this series thankfully will be something entirely different as this was purely for comedic purposes.

We start with Tomoki waking up in the morning after dreaming of an angel in his dreams telling him to beware the angel, only to wake up to Ikaros and Nymph wanting him to get ready for school, only for him to suffer angel missiles being fired right into where it hurts the most, all the while with a big smile on his face. After arriving at school Tomoki again has the same dream in class and the group plans to enter his dreams to find out what they truly are about.

The name of the game from Synapse is the Dive game, where angeloid’s allow their masters to enter different people’s dreams and experience them as if they were real life. What would have sounded like a great idea, only devolves into a hilarious romp through all of the main characters dreams which provides a laughable insight into Eishirou, Mikako, and Sohara’s inner thoughts. 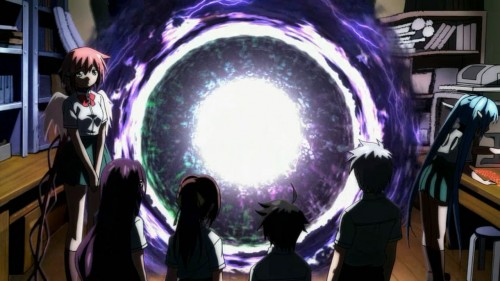 Out of them all the most unexpected was Mikako with her dreams full of murder and destruction where she rips apart not only the enemy but begins to go after her friends in a homicidal rage that befits her Yakuza origins. Then we even see Sohara’s dreams. Surprisingly enough Sohara always came off as innocent and always beating the heck out of Tomoki for his perverted actions lead us to believe she hates perverted things. Though one peak into her dreams where she has Tomoki all over her in many hilarious ways was completely unexpected but the ensuing mental breakdown was enjoyable to watch.

As it turns out the reason that they had yet to be able into Tomoki’s mind is that there has been some sort of protection placed over his mind, which brings the question up: Who is protecting Tomoki and why? Then again with the various dreams that they did experience the least of their worries should be a little bit of protection.

As they enter the dream world yet again however, Tomoki tells everyone that this is still not his dream, but instead they are standing on a barren field with a stone monument in the middle that has writing that none of the group can understand. They quickly leave and return to the real world to yell at Nymph though they quit trying at that point to find the dream that Tomoki has consistently been having 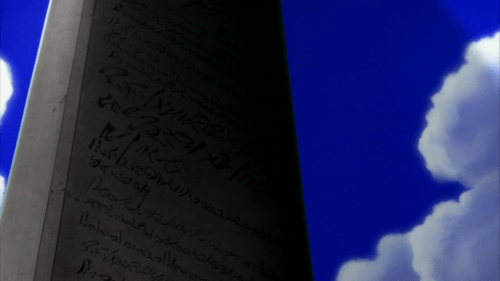 An interesting bit to note however is that Ikaros had been very reluctant to even allow Tomoki to do the Dive Game and then as they entered subsequent dreams she grew more and more reserved, but she refuses to speak about what is bothering her.

The very end of the show follows Eishirou with a seed that he had brought back from Tomoki’s dream only to realize that things brought back from a dream should have disappeared which gives the revelation that they may not have been in a dream at all. As he ponders this however a giant ball of light explodes into the ground near him.

Standing in the light is yet another angeloid, Astraea and she is out for Tomoki’s blood. She takes off quickly and leaves Eishirou behind stunned. Overall the episode was a great starter with many enjoyable moments, especially the dream sequences. The only negative I found was the fact that the main part of the story was introduced so late in the first episode that it barely set up any story structure from the getgo.