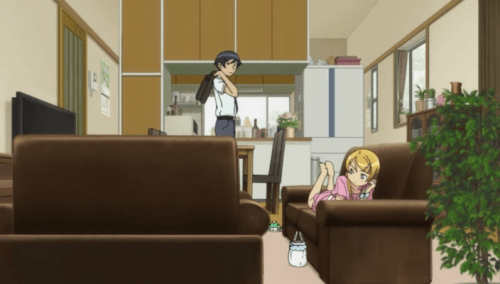 What would you do if you had to live in your little sister’s shadow? Everything she did was better than you, your family pays full attention to her, and she barely recognizes your existence? Well if you have that life then you may relate with Kyousuke and the fact that his little sister Kirino rules the house and his life.

The series begins with Kyousuke having a dream about what he wishes his little sister would be like, but when his dreams become too far separated from reality he realizes that there is no way that his sister could be this cute (the translated series name) and he wakes from his dream. Beyond his sudden jolt back to reality he goes to breakfast only to listen to his parents go on and on about his little sister’s accomplishments, and school turns out to be no better for poor Kyousuke.

Then, the entire series starts to do a complete 180. When Kyousuke returns home he finds his sister talking on the phone, and she blatantly ignores him while talking on the phone with her friend. After forgetting something in the kitchen, Kyousuke returns to the dining room and bumps into his sister and causes an 18+ game to fall out of her bag and under a table and out of sight until after Kirino leaves. 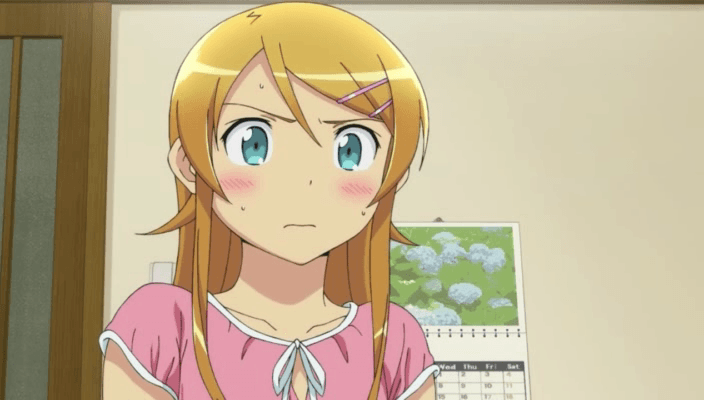 Knowing that it could not be his game, Kyousuke slyly questions his family about their feelings on such a game only to see that his parents care little about Otaku like games such as those, and think that they are useless people who should focus their energy into something productive. Little do they know that their daughter is sweating bullets on the other side of the table.

After catching Kirino searching his room for something, Kyousuke quickly comes to the conclusion that the game is hers, but does not force the conclusion on his sister. Instead simply telling her to throw it away from him he lets the problem drop. Kirino on the other hand has other ideas.
With a situation straight out of one of her games, Kirino smacks Kyousuke awake and informs him she needs life counseling and tells him to go to her room. Once there she reveals the fact that not only is she posing for a fashion magazine, she is also a closet Otaku with a distinct love for 18+ games that involve sister complexes. She reveals an entire hidden closet full of countless editions of various games in a hope to be understood by Kyousuke and to finally share her secret. 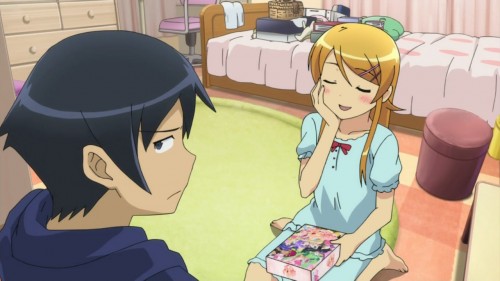 Not only does this place Kyousuke in the tough situation of dealing with his little sister’s constant requests, but he has now been thrown into the Otaku world at the behest of her. Not only that but the fact that each game his sister makes him play involves sister complexes which could create tons of hilarity later on in the series. Kirino herself shows many tsundere elements throughout the episode, first by ignoring Kyousuke entirely to slapping him awake, and then calling him an idiot while depending on his advice.

AIC does not disappoint this time around as the character designs are very cute and well done, and the animation is superb. The jokes that are made are top notch and easy to enjoy without there being much knowledge about the subject matter. There was no opening or ending this episode, as it was treated primarily as an introduction to the series as a whole I am not worried. Rather I am excited as Ore no Imouto ga Konnani Kawaii Wake ga Nai looks to be one of the top series this Fall, short of Index II. 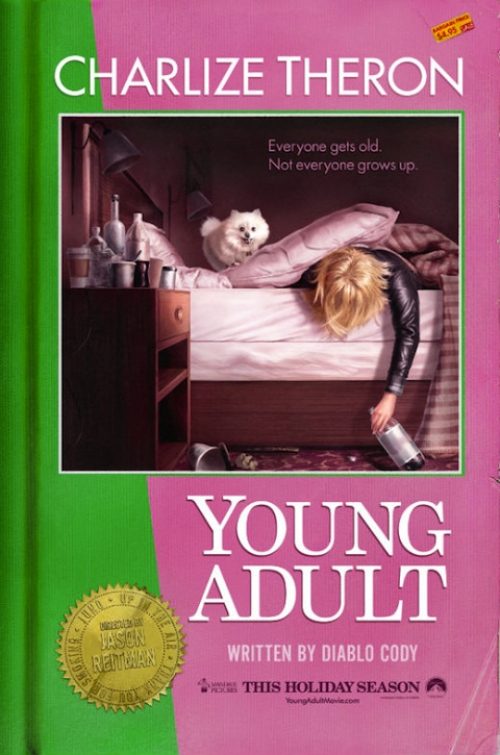