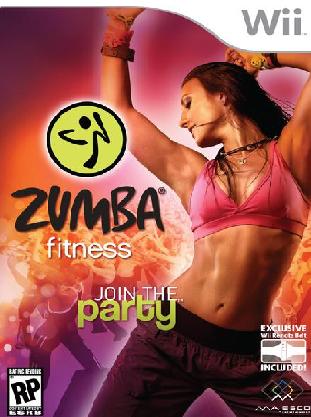 It’s really no secret about the huge trend of exercising and dance games. The genre has literally exploded within the past year getting those who never even leave their house up and working out with addictive dance-style moves and mini games. The newest entry into the genre is Zumba Fitness which will be hitting all three major consoles this holiday season.

If you are curious to find out what “Zumba Fitness” really is other than the title for the game, here is a bit of history to catch you up.

Created in the 90’s by Miami-based celebrity fitness trainer and Colombian native “Beto” Perez, Zumba® has become the fastest growing fitness program on the planet. Inspired by the traditional Cumbia, Salsa, Samba and Merengue music he grew up with, Beto paired his favorite, pulsating Latin rhythms with the red-hot international dance steps his clients loved and the Zumba Fitness Program was born.

Now that I have caught you up on what to expect in the game as far as the exercising goes, I should also mention the features that Zumba Fitness offers.

Getting gamers in shape can be a tough chore, but this game is looking to offer a real respected routine and the music and motion controls should add to the fun and get the whole family involved which is definitely a huge plus. Zumba Fitness will be available for the Playstation Move, Kinect, and the Nintendo Wii on November 18th. Gamestop also is offering a pre-order bonus of a Zumba wristband while supplies last. Check out the 13 screenshots for the Nintendo Wii below.

Why Nintendo Should Rename and Redesign the Wii U

New Additions to Movies on Demand