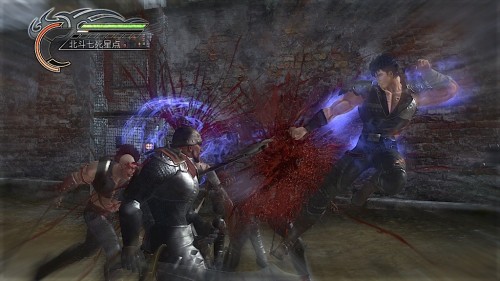 Ready to make thugs blow up in giant fountains of blood? Then look no further than the trailer below for Fist of the North Star which will arrive on shelves November 2nd. We see main protagonist Ken tearing apart identical looking thugs like they were nothing, which brings about memories of Koei’s popular Dynasty Warriors Series. Except Ken makes people swell up and blow up like huge blood balloons.

The trailer also shows off Ken’s Hokuto Shinken which involves striking the bodies vital points causing them to die in very brutal ways. We also see the English voice dub in action which sounds very similar to the original voices used in the Anime dub, though if it isn’t to your liking there has been a confirmed original Japanese voice over with subtitles.

Fist of the North Star: Ken’s Rage 2 to be unleashed in February