Randy Pitchford of Gearbox revealed an exclusive trailer in London earlier today and even he thinks that it may end up causing a good amount of trouble with the ratings boards across the world. Also so that they can avoid having 2K Games suffer any backlash from the ratings boards. Because of this the actual trailer is unavailable for viewing.

We can however explain what took place in said trailer, showing what Pitchford says contains “bare breasts, strippers, gratuitous swearing, the word ‘F***’ in massive letters and a giant alien getting pummeled in the genitals by Duke himself, along with Duke being taken care of by two girls.”

From that description it is quite obvious that both the ESRB and PEGI are going to have a tough game to give a rating for, and depending on how strict they will be, it may receive an AO, but lets hope that there isn’t anything cut from the game simply to make it stay in an M frame. Anyone who played Duke Nukem before knows how much he loves the ladies and if they are forced to cut content because of that, it just won’t be the same Duke. 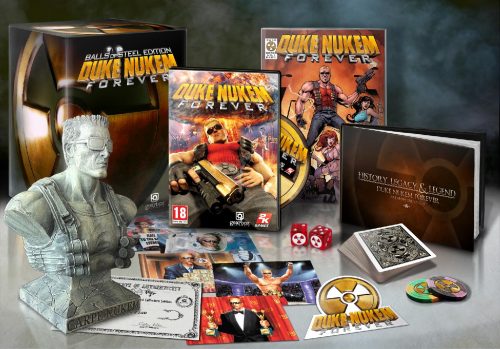