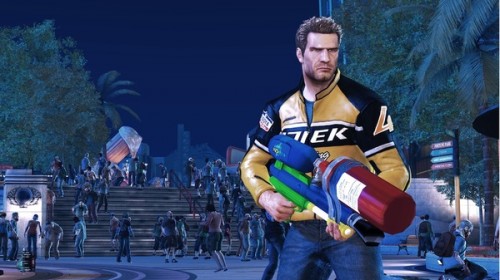 Great news for all you Capcom fans out there.

Capcom is pleased to confirm that since its release at the end of September Dead Rising 2 has achieved global shipment numbers of over two million units, bringing the total number of units of the Dead Rising franchise shipped worldwide to date to over four million. The achievement of Dead Rising 2 is a result of the successful collaboration between Capcom and Vancouver based developer Blue Castle Games.

Further to the announcement of the acquisition of Blue Castle Games at Tokyo Games Show, Capcom is extremely pleased to confirm that this acquisition has now been ratified by the Canadian authorities, with this wholly owned subsidiary being known as Capcom Game Studio Vancouver. (CGSV)