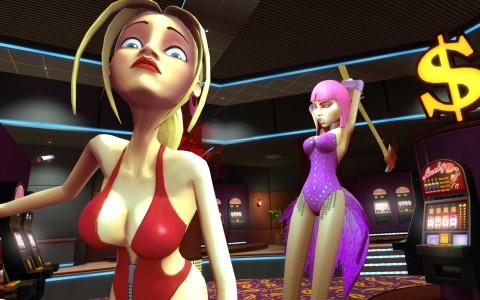 Ubisoft is definitely bringing comedic murder to an all new level in their upcoming game Bloody Good Time. As you can see below the newly released trailer shows game footage of how you will be doing battle with your fellow co-stars to see who can be the most merciless and end up being the breakout star in the big world of Hollywood films. Sure the trailer may seem the same from the beginning but after that poor clown is tazered to death we see a variety of stereotypical movie characters doing battle with one another and killing one another with different weapons as if we were doing the murdering ourselves. Looks like you never truly understand a killer until you’ve seen the world through their eyes eh?

There has been no pricing announced quite yet for the game, but the release date has been announced for October 27th for both the XBLA and Steam download.