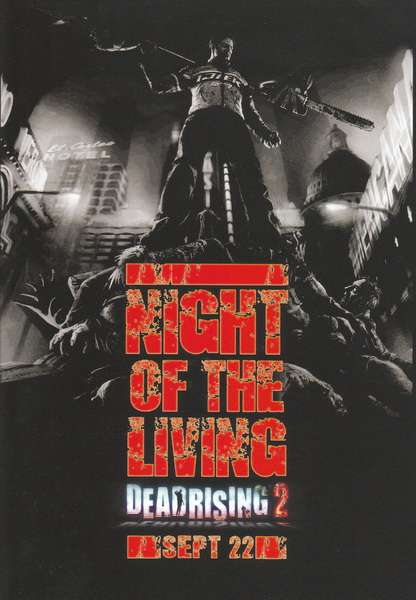 It was only a matter of time before the walking dead reached the sunny shores of Australia and this evening the Zombies arrived in typical horde fashion, but not to eat our brains but to watch an advanced preview of Resident Evil : Afterlife in 3D VMAX and then to play the soon to be released Zombie masterpiece Dead Rising 2.

The event took place in Sydney at Bondi (Westfield Shopping Centre) and was hosted by the Capcom’s partner THQ Australia.  The THQ guys made sure everyone had a great night and the Zombies were fed the right amount of alcohol and Dead Rising 2 so they wouldn’t turn on the regular humans mingling amongst them.

A whole lot of prizes were given away, some lucky people walked away with PS3 Consoles and also copies of Dead Rising 2.  The rest of us picked up some cool Resident Evil goodies (Chris Redfield, Sheva and Executioner action figures) to coincide with the Resident Evil : Afterlife movie.

MasterAbbott and Deathdude222 managed to pull off some cool Zombie shots .. Don’t ask us how but seems like the Zombies were very happy to co-operate and not eat our brains this evening.  (I think it was because they were able to get their decaying hands on Dead Rising 2)  .. Note .. Next time you see a Zombie, let them play Dead Rising 2 .. If they stop and play then you’re cool.  If they don’t then run for the hills !! 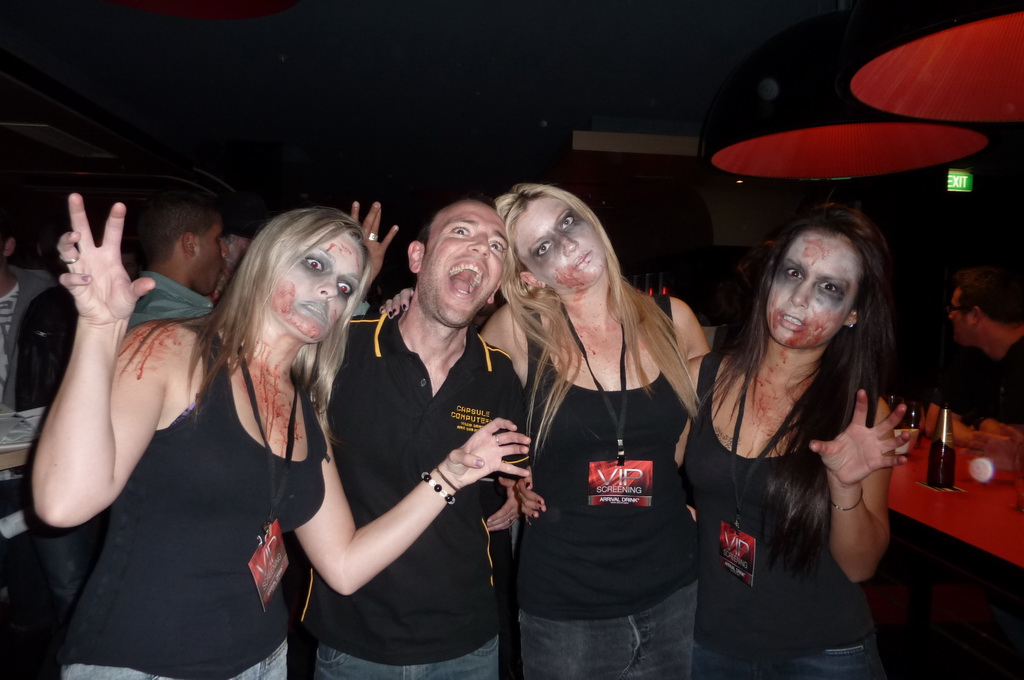 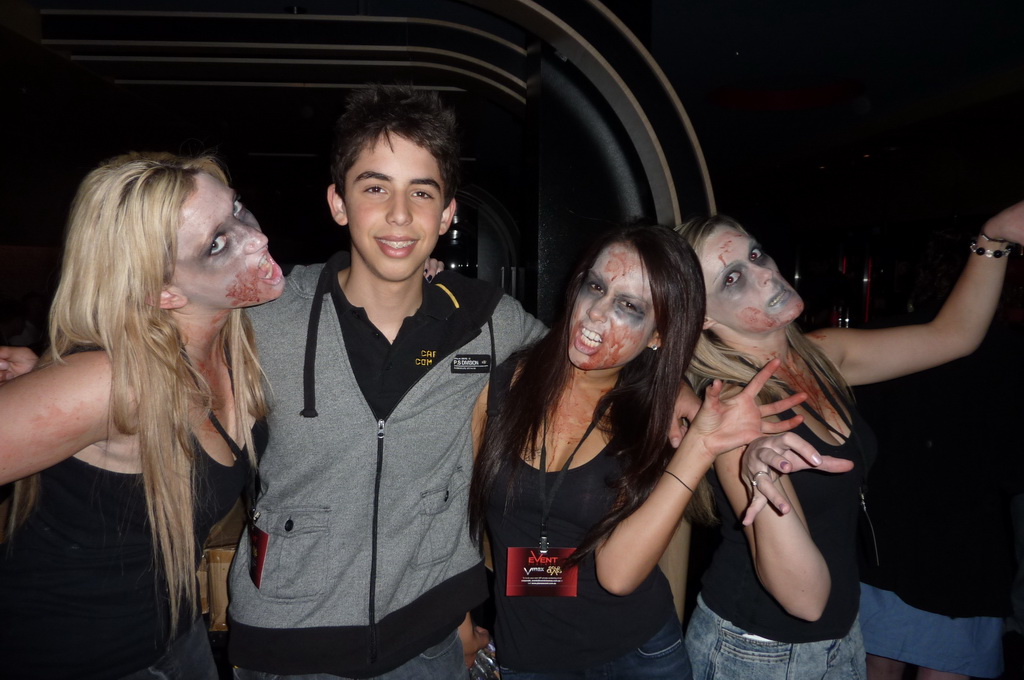 Make sure you pre-order your Dead Rising 2 and you too can have Zombies like this at your place !!

Special thanks once again to the THQ guys for organizing this great event.  The Capsule Computers crew had a fantastic time.  Resident Evil AFTERLIFE was surprisingly good and the hands on time with Dead Rising 2 was totally awesome !! Make sure you pre-order your copy now if you haven’t already done so. 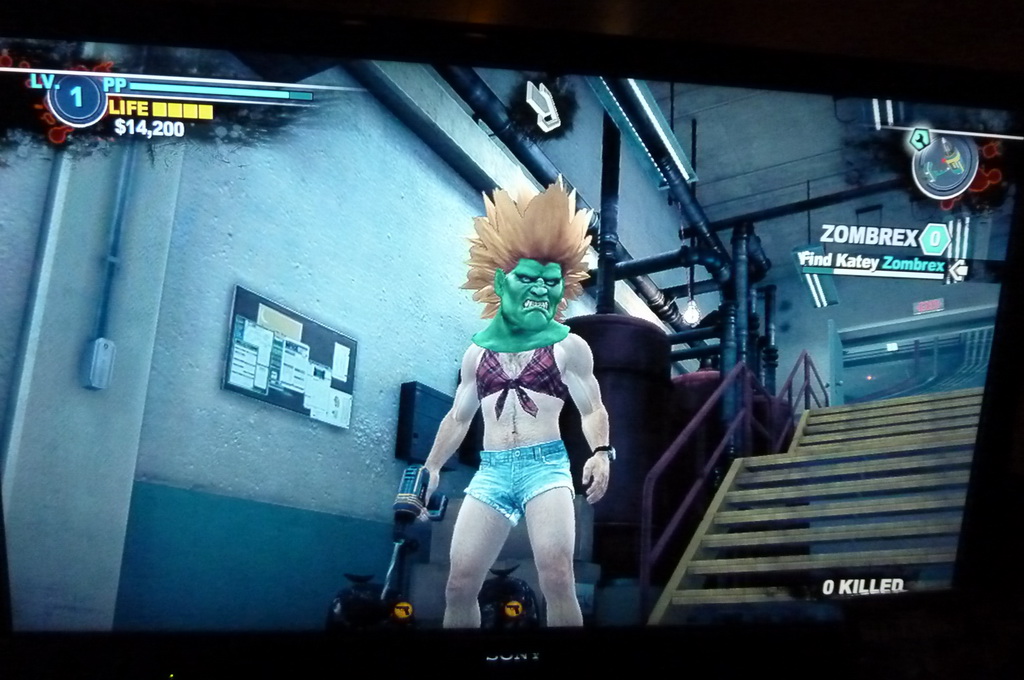 Ummm... hmmm what do you want me to say here ?? sometimes it's better you just look the other way and pretend you never saw it 😉

Capcom’s ZOMBIE Masterpiece Dead Rising 2 will be unleashed upon the world in September. Fishpond have one of the best deals out at the moment. Check them out below : Xbox and PS3 versions !!

PS3 Click on the image to be taken over to Fishpond

Check out some Zombies action with the pics below 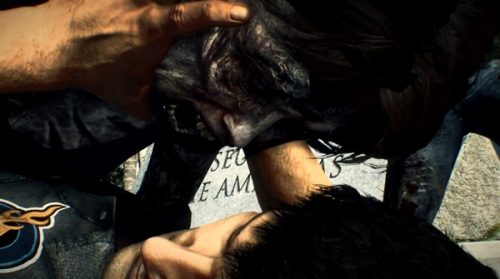