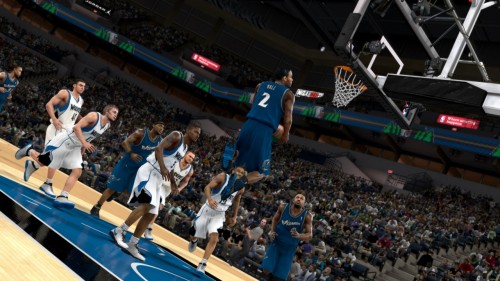 As was stated yesterday, there is a new demo for NBA 2K11.  From the demo, it appears that the game is smooth and well executed.  Also, the visuals have definitely received an upgrade.  The full game features moments from Michael Jordan’s career such as the 1992 playoff game where Jordan scored 6 three pointers in the first half. This video showcases some elements that will hopefully draw the player into the full NBA experience even more. There is also a link from 2K Sports to show off Michael Jordan’s mad skills and air worthiness.  NBA 2K11 will release in Australia on October 8th,2010 and in the United States on  October 5th, 2010 for PC, PS3, Xbox 360, PSP and Wii.. Enjoy!