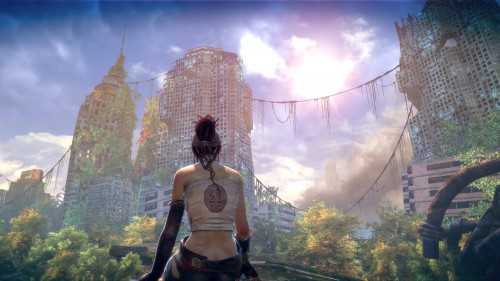 If you don’t have a PS3 you may have thought that you were left in the dark when Enslaved: Odyssey to the West’s demo was added exclusively to the PSN, but fear not it is now on the Xbox 360 as well. Though you do have to be a Gold member to play it. You can queue up the download right here for the demo. Though if you want to be surprised you can simply wait until October 5th and the 8th when the game comes out in the US and the UK respectively.

Also being released is a nice demo of ArcaniA: Gothic 4. Now I may have been far out of the loop on this game, as the last Gothic I played was the very first one on the PC many years ago. But now we are seeing the first iteration making its way to consoles and you have the chance to play the demo right now. If you wish to explore the Southern Islands that make up Gothic 4, then queue up the demo right here. But just like with Enslaved you can wait a few more weeks and pick the game up on shelves fresh to the experience when it releases on October 12th for the 360 and PC, though the PS3 release date has been pushed back to sometime in 2011.