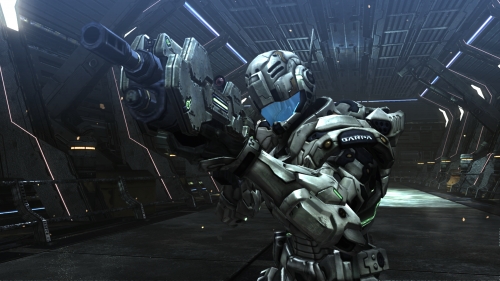 GameStop is offering the ‘Tri-Weapon Pack’ as an exclusive pre-order bonus that will be downloadable via the Xbox Live Marketplace.

The pack will consist of three experimental weapons. t=The Tri-Weapon Pack includes the Boost Machine Gun, Anti-Armour Pistol and Laser Cannon. These weapons will give players a boost in combat. The Boost Machine Gun has a similar rate of fire and about the same power as a heavy machine gun. The Anti-Armor Pistol pretty much does exactly what it sounds like. The final weapon, the Laser Cannon is a mini space warship laser that pretty much just screams “PWNAGE!”.