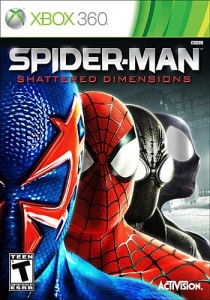 Activision has revealed the 4th and last dimension for their upcoming game Spider-Man: Shattered Dimensions.

After exploring The Amazing Spider-Man, Spider-Man Noir and Spider-Man 2099 dimensions, it’s time to take a look at the 4th and last dimension: Ultimate Spider-Man.

For those of you who don’t know, Ultimate Spider-Man is set in the Marvel Comic Ultimate universe, giving Spider-Man a modern touch. By the looks of it, we’ll be playing in the Black Symbiote suit, and with it’s help, gain abilities such as summoning spikes from the ground, shooting web-spikey things out of your chest and other cool super-hero stuff. All of these in a colorful cel-shaded graphic style.

Spider-Man: Shattered Dimensions will be out September 7th on Xbox360, PS3, Nintendo DS and Wii. 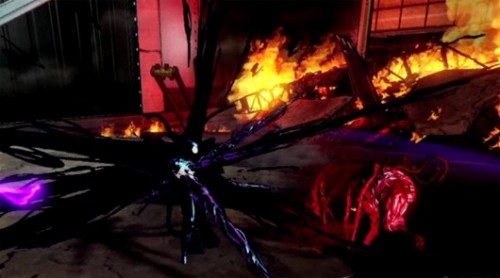