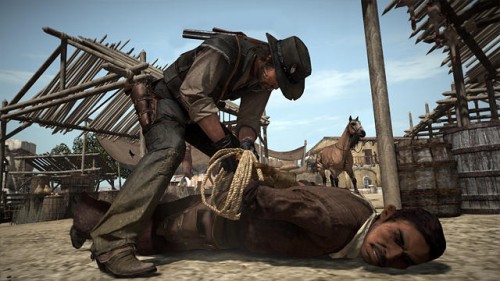 Rockstar has released more information about a new title update they will be releasing for the Xbox 360 and the PS3. This update will be designed specifically to make online play funner for the average player by targeting those who hack the game, and end up being overly aggressive when the situation does not call for it.

Those who are caught cheating will be receiving a ban directly from Rockstar for an amount of time that they themselves will end up determining. Plus they are implementing a new feature which will put together grief relief. This means that if you were to be murdered constantly throughout your free roam session with little reason, you have the chance to spawn anywhere you want to on the map, instead of fifteen feet from the person who killed you last time.

Additionally those who kill six players in a free roam, will be placed with the Most Wanted title and this will not only point other players directly towards their position on the map, but will also bring down the local NPC law enforcement to bring their reign of terror to an end. By all means the players will not be banned for their player killing ways, but this is a way to prevent various players from venturing online because they are tired of being bullied and shot whenever they take five steps. Or being shot while attempting to do a gang hideout with a group of people.