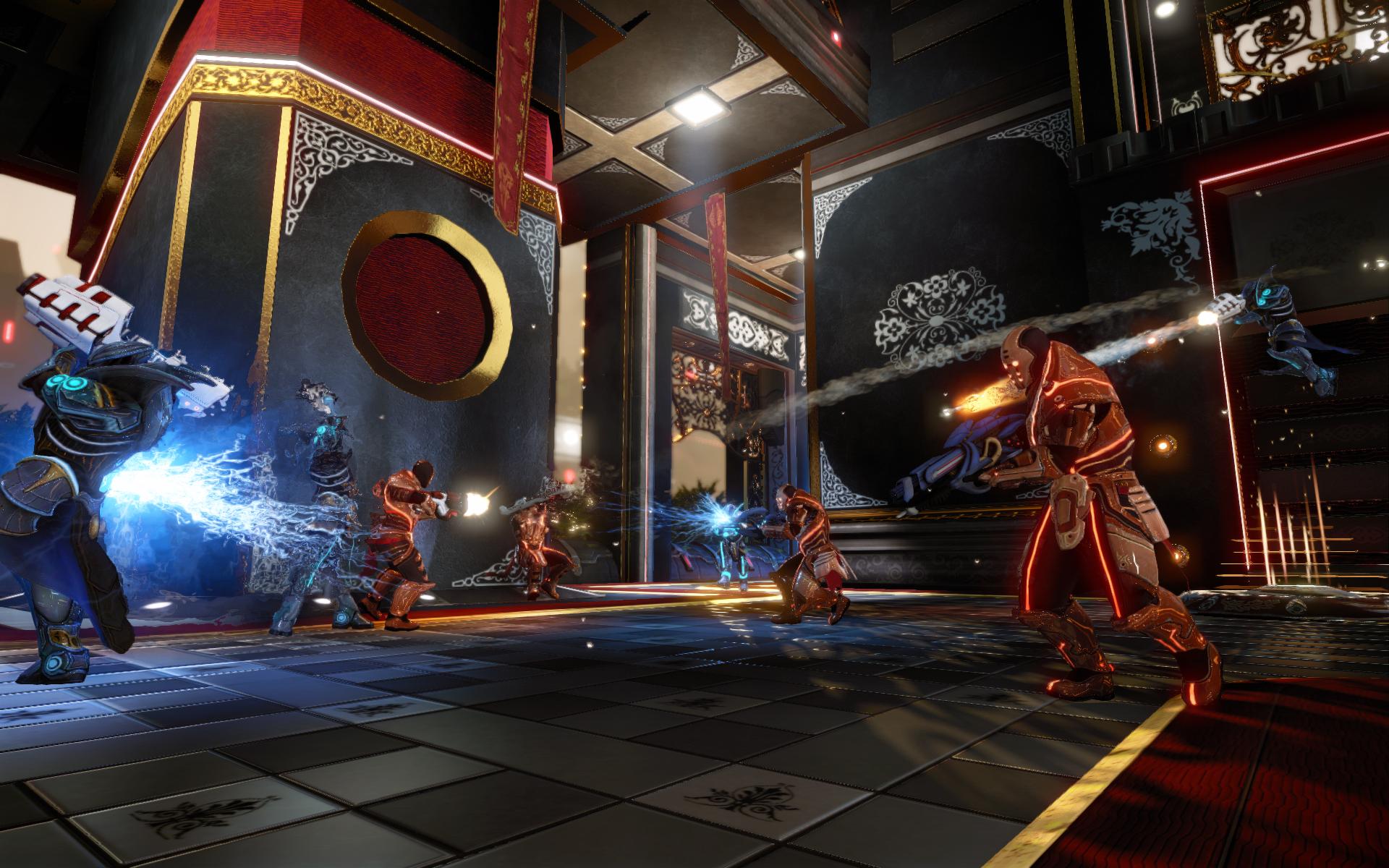 Right now the readers are being split into three groups. Those that know what the title means, those that don’t, and those still trying to pronounce the Game’s name correctly. Don’t feel bad, I gave up on pronouncing the name a while ago.

The bottom line is that Nexuiz is going to be the First XBLA and PSN game to be powered by CryEngine 3. I could attempt to explain all the awesomeness that this entails, but I’m not 100% sure on it myself so you’ll have to settle with this press release.

Crytek GmbH (“Crytek”) and IllFonic, LLC announced today that IllFonic has licensed CryENGINE 3 for Nexuiz, their upcoming XBLA and PSN cult futuristic Arena First-Person Shooter dropping this Winter. CryENGINE®3 has allowed the IllFonic development team to achieve their vision for Nexuiz that will push the limits of what gamers can expect from an AAA digital downloadable title.

“IllFonic firmly believes in bringing the consumer the highest quality games at an affordable price through downloadable distribution channels”, said Charles Brungardt, President of IllFonic. “Switching to CryENGINE 3 has helped us stay true to our vision and build the Nexuiz arenas the way we see it without any limitations. We are incredibly proud that Nexuiz will be the first downloadable title developed on CryENGINE 3.”

“We’re delighted to have Illfonic join our community of licensees”, said Carl Jones, Director of CryENGINE Global Business Development. “It’s exciting to see a passionate group like Kedhrin and Charles’ team working with CryENGINE 3 on such a cool title. Nexuiz is going to deliver a game style that will be a blast for the console audience, matched with the best graphics possible on the consoles. We’re delighted to offer our engine to teams for XBLA and PSN titles so that gamers can enjoy the quality that CryENGINE 3 can provide, as soon as possible. Our real-time multiplatform pipeline, Live Create, is highly suited to prototyping and delivering quality for games with shorter development cycles; and you get all the benefits of the AAA features of the engine. Nexuiz is going to be a lot of fun and we’re glad Illfonic have chosen CryENGINE 3 to deliver it in style.”

“When we were strolling around GDC 2010’s floor we stopped by the Crytek booth. I watched someone show off a few features of CryENGINE 3. Right then and there, I knew I had to have it. It’s powerful, fast and easy to use,” said Kedhrin Gonzalez, Creative Director of IllFonic. “Crytek has been awesome to work with providing excellent support in a relationship that has really benefited us.”

Nexuiz is a fast paced Arena first-person shooter with competitive game play built specifically for consoles. Featuring the innovative mutator system, players progress through the ranks opening up new mutators that allow players to alter the rules for each match. On launch, Nexuiz will feature multiplayer modes including Team Deathmatch and Capture the Flag complete with full competitive leader boards designed for social networking. New games modes, models, and maps will be available as downloadable content post launch.

Nexuiz is set in a galactic war fueled for centuries by the Kavussari and Forsellians. Over time the two races entered into treaties with the Herald Accord, a union between different cultures in the galaxy. Even though peace settled across their planets, the seething hatred between the races kept the fire of war simmering under the fragile truce. Sensing their newest members could spread war throughout the galaxy; the Herald Accord gave the Kavussari and Forsellians a choice. Pit their warriors against each other in the arena rather than on the fields of war, or face total annihilation. The Nexuiz was formed, a series of battle arenas on the home planets of the Kavussari, Forsellian and the desolate planet of Atavirta.

IllFonic will be showcasing Nexuiz using CryENGINE 3 at this year’s PAX Prime in Seattle, WA, on September 3-5.

For more information on Nexuiz, go to www.nexuiz.com or www.illfonic.com.