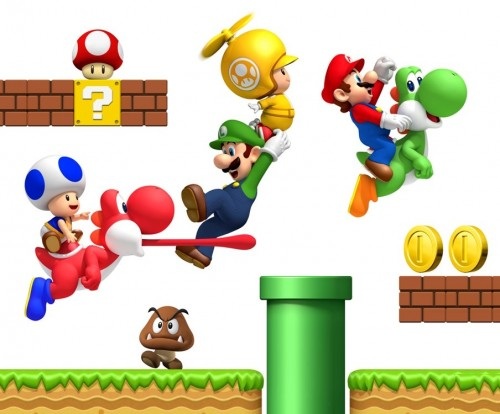 Competitors from across the country and across the sea will battle it out tomorrow, Wednesday 28 July, to be crowned the Australia and New Zealand New SUPER MARIO BROS. Wii Coin Challenge Champion!

The Nintendo Connection Tour 2010 has now completed its journey around Australia and New Zealand. The tour played host to the New SUPER MARIO BROS. Wii Coin Challenge in which players could compete in the Individual or Tag Team battles to collect the highest number of coins in a series of courses. Winners from each tour location, as well as from special events at Myer Sydney City, EB Games Swanston St Melbourne, and through a radio promotion on Tasmania’s Sea FM, will all be competing in Sydney in this National Final.

The Challenge Champions, both Individual and Tag Team, will each win a trip to New York, including all flights and accommodation, as well as $1000 to spend big at the Nintendo World Store!

The final will play out through a series of rounds commencing at 11:30am, with the Grand Final to be held at approximately 1:30pm.

Come along to see the exciting final stages of the competition, as well as some very happy faces once the winners are crowned!