Just to remind you all here is the previous article

Hundreds of Melburnians braved the cold this morning to attend the Australian launch of Super Mario Galaxy 2, a game that is already receiving rave reviews internationally. Mario received 172 hugs goodbye as he set off into the galaxy with a new world hugging record, for the most amount of hugs by a mascot in 20 minutes. The record established at The Nintendo Experience at EB Games Melbourne, commemorated the much anticipated Australian launch of Super Mario Galaxy 2.

Eager Melburnians were up at the crack of dawn to secure the first copies of this highly anticipated video game and a lucky fan walked away with one of the only signed copies from Mr Miyamoto himself, the genius behind Mario and other Nintendo games. TV and radio personality Jabba entertained the early morning crowd and every hugger received their own personal photo of the occasion.

The current world record for the most hugs set by a human (not wearing a mascot costume) is held by 51-year-old Jeff Ondash who hugged 7777 people in 24 hours outside the Paris Las Vegas casino in February 2010. Due to Mario needing a rest every 20 minutes (it’s tiring jumping around and collecting all those coins), the hugging time was limited to 20 minutes in order to establish the new hugging record for a character mascot.

The hugging record is in the process of being formally registered with The World Record Academy, the leading international organisation which certifies world records.

Super Mario Galaxy 2 is out today in AUSTRALIA . Grab your copy for bargain price .. click here !! 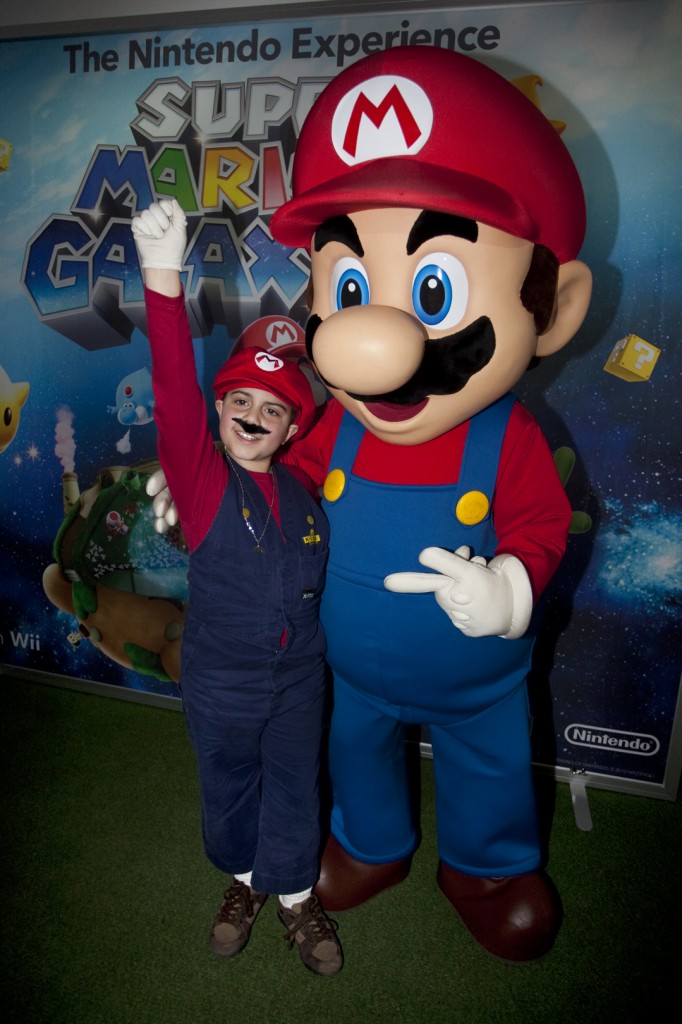