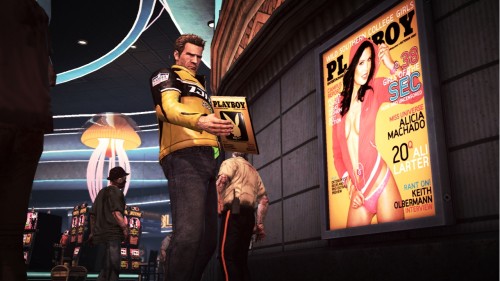 THQ Australia (Distributors of Capcom product in Australia) today confirmed that one of this year’s most hotly anticipated titles, Dead Rising 2, is set for release in Australia on September 30th.

In addition to news of the release date, Australian gamers playing Dead Rising 2 will receive the full experience, playing the same version released in North America and the UK. Dead Rising 2 has received an MA15+ classification and consumer advice of strong horror violence, blood and gore and sexual references.  (I can’t believe this .. it’s like some sort of miracle has happened)

Sequel to the million plus seller, Dead Rising, and set in the gambling paradise of Fortune City, Dead Rising 2 introduces new main character, Chuck Greene, and delivers 1000s more zombies with even more ways to defeat them as players try to survive for 72 hours in this darkly comedic, no holds-barred action title.

Get ready for some Zombie destruction in only a few months time !!  Chuck Greene…. start your engine … on your chainsaw 😉