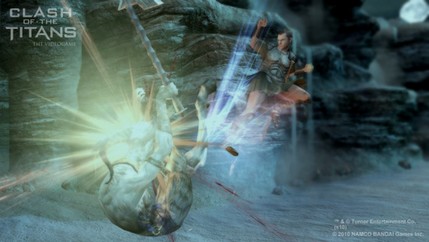 Clash of the Titans will place the player against demigods and gods alike as they take control of Perseus. He seeks vengeance for his family that was killed by a god, and also attempts to understand how he too is a demigod. There will be many different landscapes for your adventuring pleasure, with over 80 different customizable sub-weapons and over 80 different creatures to destroy in your path for revenge.

Pick up Clash of the Titans: The Video Game at a store near you, or even better right here at Amazon.com

Splatterhouse screenshots show off quite a big shotgun