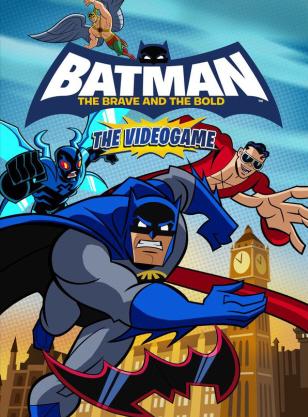 Citizens of Gotham are to be saved yet again, as Batman: The Brave and the Bold is getting a full video game treatment for the Wii and the DS this fall. Yes, Arkham Asylum is now the Batman experience for most gamers out there, but Brave and the Bold is catching my attention for many other reasons.

First is a full 2D experience. I grew up first playing Batman games on my Sega Genesis years ago, and this game is looking extremely smooth and fluent with beautiful 2-D graphics. Another reason is also the co-op play. Of course Robin is in, but also playable is Green Lantern, Hawkman and Blue Beetle with assists from drop‐in heroes such as The Flash and Aquaman.

If you are a hardcore batman fan or just a fan of arcade style beat-em-up games you now have a reason to check out a fresh new title on both Nintendo platforms. WayForward and WB Game’s  Batman: The Brave and the Bold hits shelves in September of this year. Check out the trailer below and be sure to check out the greatness that is Aquaman at the end of the clip FOR THE ENTIRE OCEAN IS MY ARMY!!!!!!!