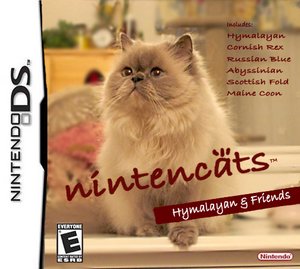 Nintendo’s E3 conference has brought about some information on a bit of our smaller friends. Satouru Iwata revealed that Miyamoto is planning to make a sequel for Nintendogs. No simple addition this time around. However there is a bit of extra news in this one. Nintendogs will be incorporating cats this time around, so if your a lover of the more mysterious feline friends then it will be arriving exclusively on the Nintendo 3DS. There is no release date for this one yet, but hey it’s some great news for fans of the game, or those who want pets but can’t due to overbearing landlords. Though a bit of info here, they have actually already released a Nintencats before even the first Nintendogs came out. But the sales were very band and thus the game was never released out of Japan.

A DS saved this mother’s life