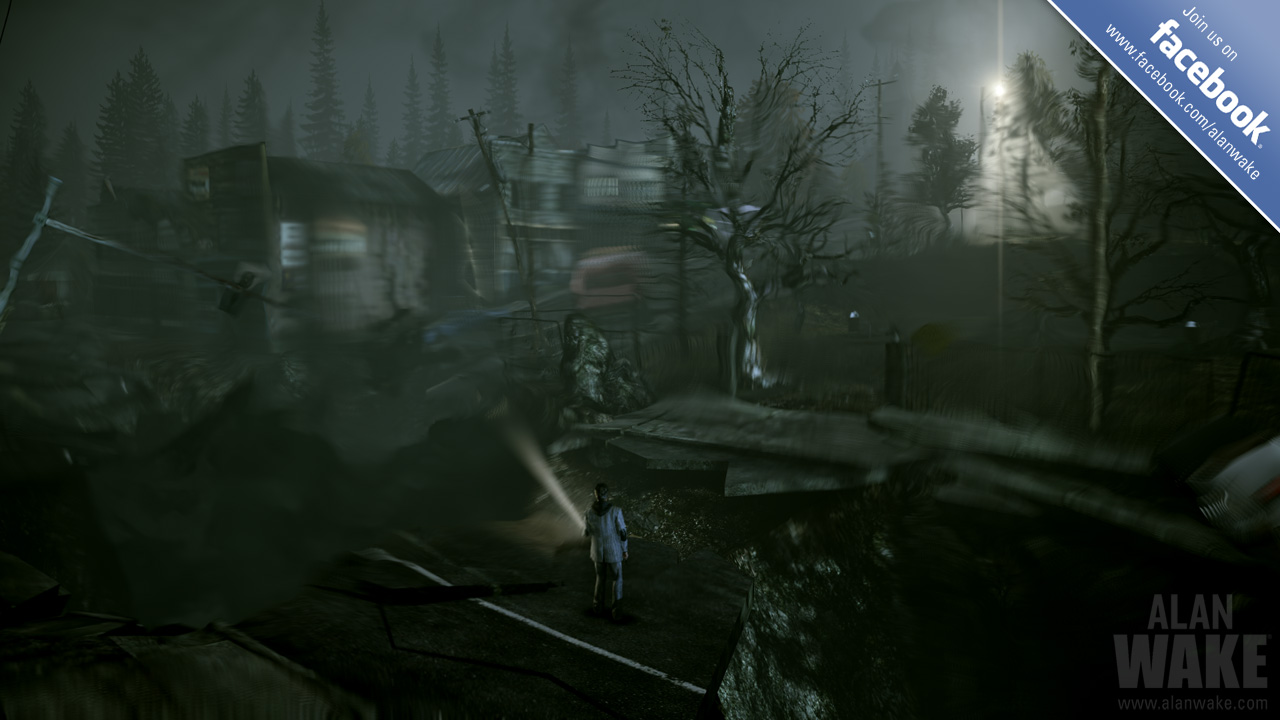 Remember that live action preview footage we showed you a little while back. Well it turned out that it was for a music video. The music video for Poets of the Falls’ track called “WAR” which is featured on the Alan Wake soundtrack.

The video below is the music video, the picture above is the first screenshot from the first DLC episode, The Signal, which is available July 27th. Free to everyone who bought Alan Wake new. I hope you held on to that game voucher.