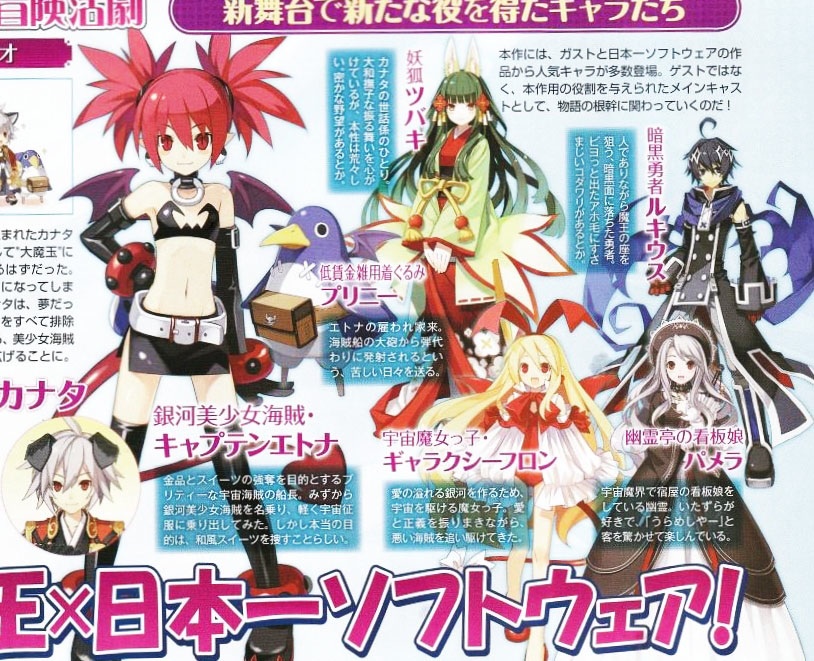 Nippon Ichi has brought western audiences some of the most popular Strategy RPG’s to date in the form of Disgaea. Now they have teamed up with Idea Factory and Gust who both are experts in the creation of SRPGs to create Trinity Universe for the PS3.

Even though these three companies are known for their SRPGs, Trinity Universe is actually an action RPG. The battle system will be using Action Points and appear similar to Tales of Vesperia’s battles. There will be attacks set to different buttons on the PS3 controller and each one will use your AP for the fight. However with full blown combos that will devastate your foes you will gain AP, pretty much style points. The higher your damage the higher the AP received. There is also the factor of time in the battles. There will be a multitude of points in the game where you must finish the fight quickly due to a timer counting down before a place blows up or before it becomes locked down and you will fail.

The main character is a Dog King named Kanata. Though he is humanoid with dog ears and looks essentially like a half demon as seen in most anime. However he isn’t the highlight of the game. Instead the crossover characters will take the spotlight. Seen in the trailer below there will be characters coming from both Disgaea and Atelier. Gust’s characters will be seen as goddesses, and Nipon Ichi with the demons. The game is in full 3D which will be a plus for fans of the various games which have usually been in sprite form and pixelated. Major fan favorites such as Etna, Flonne, Pamela, and the penguin demons the Prinnies will make appearances in Trinity Universe.

Trinity Universe is set for US release on the PS3 on June 29th.