Satoru Iwata recently confirmed that the latest handheld gaming device from Nintendo, the 3DS, will have an easily accessible toggle button that will allow users to turn off the 3D capabilities at will, not only due to health concerns such as the possibility of damaging the eyesight of children and adults, but also because he understands that not everyone can perceive a 3D image.

“This isn’t limited just to kids,” Iwata explained. “But we’re aware one in some tens of people, including adults, has difficulty with three dimensional visuals. So, while the 3D image is a special feature of the 3DS, we won’t force the player to use the 3D functionality.”

Upon participating in a Q&A session with investors, Iwata has also confirmed that the Nintendo 3DS is not the official name of the device.

“We’ve said that it will be released during this term, so the announcement of the formal name will not be too far off.”

He also disagreed with the notion that development of 3D games would require higher development costs.

I would expect the announcement of the ‘formal’ name of the 3DS at E3. But I gotta admit, I kind of like the sound of 3DS. It rolls off the tongue. It also makes you wonder why would a person who cannot play a title in 3D want to purchase a 3DS? Why not choose from the DS family? You could come up with several reasons (such as exclusive titles, or maybe Nintendo has something else up their sleeve) but it’s just a thought. 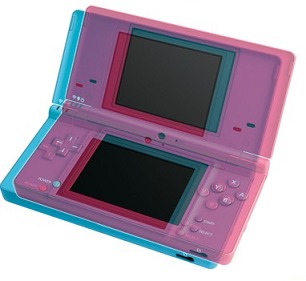 EA SPORTS to Expand Brand with Launch of New Peripherals