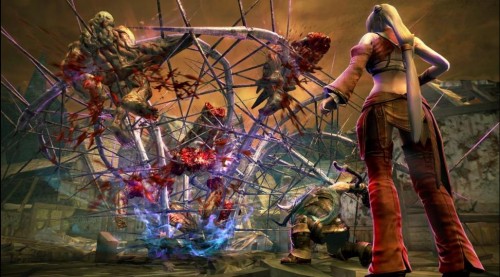 Though we hinted at a possible release date internationally previously, it has now been confirmed by Namco Bandai that they will be releasing Knights Contract in 2011 across the seas and in America for both the PS3 and the Xbox 360.  There is also a tad bit more of information as well.  Remember the witch who seemed to be just a partner character that was unplayable?  It turns out that she is actually the one who holds the strings to Heinrich, the brutal warrior.  Heinrich had killed Gretchen for the crime of being the witch she was, but now she is alive again and has wrapped her cursed hands around Heinrich’s life and made him immortal and her slave.  For he is forced to protect her against monsters straight out of the worst possible nightmares and does so in a gruesome fashion.  See the trailer and more information at our previous post.

Orcs Must Die! now has a release date